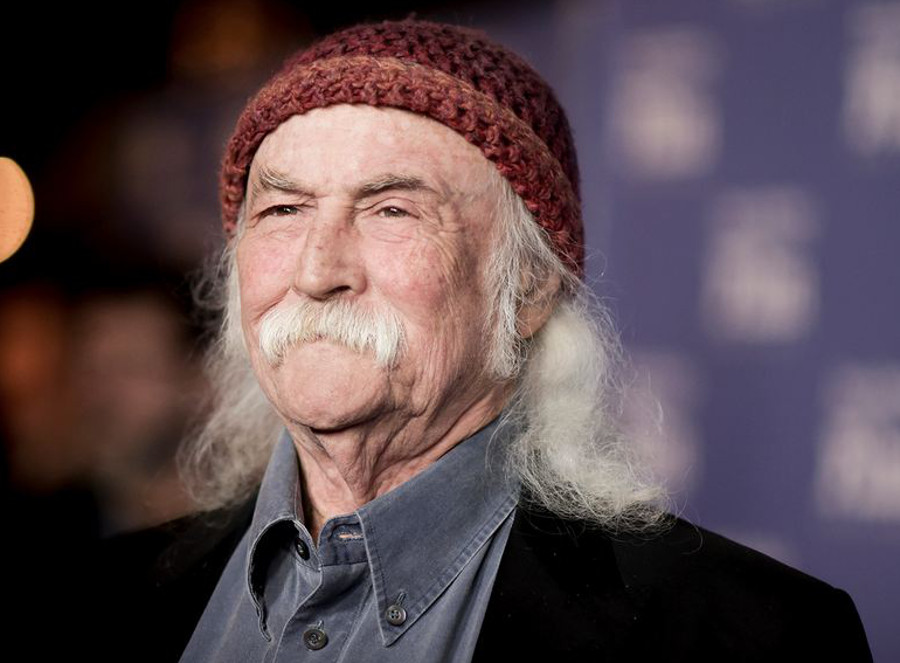 I suddenly met David Crosby thanks to Marcus Eaton who spoke him about my instruments. I was finalizing an “american kind of guitar” review by Martin OM, a traditional guitar model created by esthetical specifics and very different technics. Especially the wood, used for back and sides, was a brazilian rosewood Bois de Violette (Dalbergia Cearensis), an intense aroma and very iridescent brown-purplish color kind of wood.

Moreover, the rosette shown a white mother-of-pearl outer ring with an inlay of dark mother of pearl and abalone at the inside, minimal but refined with an impressive design.

“Let me try the guitar” – David Crosby said. As soon as he embraced the guitar he was impressed by the fined woods and the lightness. By than, he started to play, performing some of his exciting songs, unmistakable like “Everybody’s been burned”, was just amazing to listen at him from just 60 centimeters away. Then, the judgment: “Excellent. Nice harmonics. I really like this wood, really like the colour. How did you get that?” “Beautiful wood. Nice, really nice guitar. What kind of spruce is this?”. After a brief deepening about guitar and my specific choises and technics, he watched at me in the eyes, very satisfy and strict, he said: “Right. I have to go to work. May I see you later? I want to play it again after the show”.